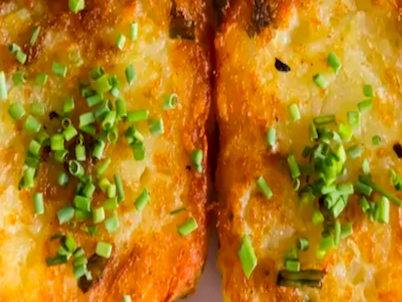 As the first San Francisco restaurant critic for Eater, I published reviews every other week.

Restaurants aren’t entirely unlike people. Each one is unique, striving to forge its own identity, place, and purpose in a crowded city. Some you grow close to; others you eventually drift away from. And when, like an old friend, a restaurant falls off your radar, years later you might reflect, fondly or otherwise, and wonder what’s become of it.

That’s what happened with me and Walzwerk. Last time I was there, in the early aughts, I’d had a fight with my boyfriend and then never went back; something to do with birthdays and bad habits and too much beer. Because at Walzwerk, which pours only Germany’s best, it’s easy to drink too much beer.

Tucked among tire stores and auto-repair shops on an otherwise desolate stretch of South Van Ness Avenue, Walzwerk isn’t the kind of restaurant that gets much foot traffic. Or online traffic. (A San Francisco restaurant without its own Instagram page? Heresy!) In fact, after 18 years, Walzwerk doesn’t get much attention at all.

Which is why it’s the kind of restaurant you might easily forget about. Until one day, for no reason whatsoever, you’re waiting for Muni and suddenly think: Hey, whatever happened to Walzwerk?

Fueled more by nostalgia than a hankering for herring, I decided to find out.

Honestly, I’d assumed the place had closed, like most out-of-sight, out-of-mind midlist restaurants you never hear of anyone going to anymore. But a quick peek at Yelp revealed it was “Open now.” I rang to see about availability for that night, a Thursday, and heard something rarely uttered by a reservationist in this town: “Just come in anytime,” said a woman with a thick German accent. “Shouldn’t be a problem.”

True enough, around 6:30 p.m., as I pulled open the heavy wooden door — marked with a multilingual metal sign that read, “You are now leaving the American Sector” — Walzwerk was indeed empty, save for two dudes with steins of Köstritzer Schwarzbier and plates heaped with enough food for Thanksgiving.

Like the time warp Walzwerk aims to be, it looked just like I remembered: a scattering of sturdy, mismatched tables straight out of a 1950s accountant’s office; vintage cushioned metal chairs, some still scrawled with black Sharpie on their backs; framed albums of 1970s German disco stars; and life-size black-and-white posters of Lenin and Marx presiding over the dining room.

Plus, a hodgepodge of vintage tableware pillaged from flea markets over the years by owner Christiane Schmidt, who opened Walzwerk in 1999 with the goal of bringing a true East German restaurant to the Bavarian-heavy Bay Area. “This is one of my favorite plates,” said the smiley, bespectacled expat of a delicate floral pattern as she set down two irresistible appetizers: silky house-cured salmon with horseradish cream and dense “fitness bread” and a trio of lightly crisped potato pancakes with applesauce and chive sour cream. Then there was that herring, which turned out to be a pleasant surprise — pickled matjes in a sweet, lively sauce of sour cream, apples, and onions on a bed of butter lettuce.

As the sunlight that had been streaming in through the front windows began to fade, Christiane came around to light the little candle on every table. And more people began to pile in. These people, you could tell, had been here before: a motley crew of a dozen or so bound for the private room in back; a cute couple who beelined to the tiny, four-stool bar; graying parents who sat sipping their chilled German wine while they waited for their son and his girlfriend to arrive.

Rare is the San Franciscan who’d opt to eat heavy German food every week, let alone every month, which makes choosing among entrees especially hard. Pork schnitzel? Smoked pork chop? Bacon-stuffed tri-tip? Really, at Walzwerk, you can’t go wrong. Especially if you go with the jägerschnitzel, an unbreaded pork schnitzel on a bed of spätzle, topped in a rich mushroom cream sauce reminiscent of Campbell’s cream of mushroom soup in the very best way. It’s been on the menu since day one, Christiane said with due pride, and has remained the most frequently ordered dish ever since.

The schnitzel — be it pork loin or chicken breast — is pretty much perfect. Pounded thin and coated thoroughly with breadcrumbs, it’s fried without tasting greasy and comes with buttery-smooth mashed potatoes — or boiled if you prefer — and a delicate cucumber salad that’s a refreshing counter to the schnitzel’s heft.

The grilled bratwurst, made with veal and pork, might be the best bratwurst in town. It’s so well seasoned and flavorful that it barely needed the accompanying spicy mustard and house-made sauerkraut, both of which (note to Walzwerk) were so good, they should be bottled.

Only the sauerbraten sounded better than it was: fat slices of beef marinated in a thick, sweet sauce strewn with golden raisins and paired with a duo of matzo-ball-sized mushroom bread dumplings that were dry and disappointing. The red cabbage it came with, however, had a subtle spice and was so delightful, we ordered an extra side. Same with the spätzle, light and eggy, gently browned little lumps that deserved an unadulterated bowl of its own.

There are a handful of other German spots in San Francisco, more popular German spots where every night is Oktoberfest, complete with groups guzzling from Das Boot. But if Suppenküche is a big, boisterous party at a Wirtshaus in Munich, Walzwerk is an intimate dinner party at the home of your best friend’s friend in Berlin.

An evening at Walzwerk truly is transportive, as the sign on its front door warns. “Leaving the American sector,” if only for a supper, is especially appealing these days. Leaving the current San Francisco sector occasionally is too. Walzwerk represents a return to a simpler time. A time before the ubiquity of Tolix stools and $16 cocktails and OpenTable (if you do want to make a reservation at Walzwerk, you’ve got to — gasp — call.) A time when I could drink too much Schneider Weisse and feel totally fine the next day.

As for the old boyfriend I last came here with, that relationship eventually died. As most restaurants do. Not Walzwerk. Walzwerk, I’m pleased to report, is very much alive.