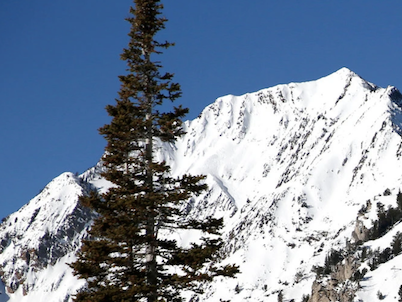 When Cassie Dippo’s family moved from the city of New York to the slopes of Alta, Utah, in 1965, she was 9 years old. The snow was dry and white and famously light and often so deep it reached well past her (and her father’s) waist.

There were four chairlifts. Lift tickets were $4.50. And lining the road up Little Cottonwood Canyon were five simple, family-run, ski-in/ski-out lodges, all opened between 1939 and 1962. All of which, a lifetime later, have remained essentially the same, in aesthetic and spirit and “modified American” meal plans.

“Honestly, not much has changed here since I was a kid,” said Ms. Dippo, now 63, who remains an owner of the TV-free Alta Lodge, her family’s property.

Until now. Fresh off a $50 million overhaul, the Snowpine Lodge reopens this week as Alta’s first-ever true luxury hotel. It appears to have everything any luxury ski hotel anywhere has — and a lot of things Alta, a world-class mountain with a $116 lift ticket and a whopping six chairlifts, intentionally, has never had.

Many of its 77 accommodations (including 19 dorm-style bunks) come with balconies, because unlike other lodges in the area, the Snowpine will be open year-round. There is a heated pool and full spa; an indoor “grotto” and outdoor hot tubs; and firepits, of course. And contrary to tradition, both the Gulch Pub, which will serve standard après-ski fare (wings, burgers, $14 cocktails) and Swen’s fine-dining restaurant, with a $42 Wagyu zabuton steak with duck fat potatoes, will be open to the public.

Snowpine’s opening winter rate for a standard king is $569 for two, and $780 with breakfast and dinner; Alta Lodge’s regular season rate is $500 for two, including meals.

Night life at Alta — about 25 miles from Salt Lake City and not much else — has always meant books and board games (or, after a day hiking Devil’s Castle, bed), but the new Snowpine brings activities: arcade games like Skee-Ball and 2-Minute Drill, karaoke and big-screen movies. Also, an oxygen bar.

The final touch: A new chairlift and ski valet to welcome home guests at the end of the day. “We’re offering a Deer Valley-type of lodging at Alta,” explained Robin Cohen, Snowpine’s longtime reservations manager. That statement alone is sure to make die-hard skiers like Alta loyalists, who refer to themselves as “Altaholics,” cringe.

Ms. Cohen admits she has mixed feelings about her new digs. “I’m old-fashioned; people should just ski so hard they eat and crash. I get it: with the world in such chaos, things that don’t change are comforting. But it was time,” she said. “I mean, we have elevators! And bellmen! I’m never going to have to carry luggage up all those stairs again.”

What had been the oldest, quirkiest, squattest structure in Alta (22 awkward rooms, warm cookies, rope tow) is now its newest, swankiest and tallest: six stories towering 25 feet above the road, the maximum permitted by local zoning regulations. The only things taller are the mountain peaks.

“It’s massive. More massive than anyone anticipated,” said Tom Pollard, general manager of the Rustler, which previously laid claim to being Alta’s most luxurious lodge, with its heated pool and dining room with a wall of windows framing the mountain.(He used the word “massive,” or its synonyms, at least 10 times. Ms. Dippo used only one word to describe her first impression: “Whoa.”)

“It went from being a quaint little lodge to a massive Restoration Hardware,” said Mr. Pollard, who moved to Alta in 1981. “My wife says it looks just like every building in Vail.” As former mayor of Alta, he oversaw the Snowpine’s planning approval process. “I’ve been getting a lot of ‘How did you let this happen?’” he said.

“We’re still about fostering a communal vibe, that feeling of making friends that last a lifetime. What would really be drastic, would be if Vail Resorts came in and bought up Alta,” countered Ms. Cohen, nodding to the seemingly inexorable, industrywide trend of big corporations commandeering privately owned ski resorts, like Alta. “That’s what we’re all hoping to avoid.”

At a time when almost every mountain is building a mall-like village at its base, many say change like this was bound to happen, and that it is healthy for the long-term viability of the resort, which remains one of three in the U.S. to not allow snowboarders on its slopes. “The lodges have been resting on their laurels: their 60, 70, 80 percent return-rates,” said Connie Marshall, who ran Alta’s press office for a quarter-century before retiring last year. “This is a gauntlet thrown.”

She went on: “Millennials like my kids are looking for authenticity as much as older generations, but they also have expectations of, you know, getting a drink at a bar.”Image

Middle-aged skiers have expectations, too. “You’re talking to a 46-year-old guy who slept in a van last ski weekend,” said Brent Thill of Mill Valley, Calif. A fan of the old Snowpine, he and his family are excited about the new one. “I mean, no one wants Aspen at Alta,” he said, “but it’s smart to stay with the times. Hopefully they can preserve the charm without bringing the one-piece Bogners,” referring to the expensive ski suits popular at flashier mountains.

Every winter, Anne Williams, from Boston, stays at the Rustler with the same group of women. It costs about the same per night as the Snowpine. (Snowpine said its pricing is intentionally on par with the Rustler this season.) Still, she has no interest in cheating on her lodge. “Swank is my choice for a spa retreat, but when it comes to skiing, I’m a traditionalist. Maybe it was all those Warren Miller films, but I want wall-to-wall carpeting, too much brown, a circular fireplace,” she said. And great service, which the Rustler prides itself on.

“A ski getaway should give you a cozy-sweater feel that a shiny new hotel doesn’t,” added Ms. Williams. “But — I may sneak out to the karaoke bar.”

What every Altaholic wants — no matter where they choose to sleep — is for Alta to, always, remain Alta.

“Am I excited about the new Snowpine? No. But there’s a happy grittiness to people who go to Alta. A fancy hotel can’t break that,” said Troy Rothwell, who proposed to his wife at Alta and even named his dog Alta.

“No one goes to be seen,” he said. They go to ski. “You’re never going to get the people with fur around their collars.”