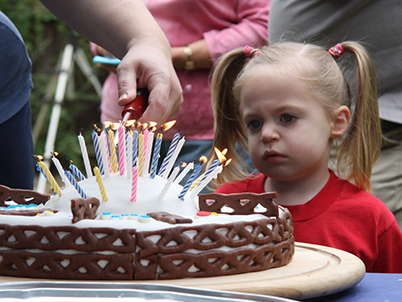 This Is The Day Before 40

“July 18th” read the email that appeared a couple of weeks ago at the top of my inbox, so bold-faced and full of promise.

Ah, the day before my 40th birthday, I thought; Josh must have something fun planned for My Big Middle-Aged Moment. Dinner at State Bird? A weekend in Big Sur? Ooo, a Billy Joel concert?

Back when 40 sounded as far, far away as 50, I had all sorts of plans, too. Oh, by 40 I was supposed to have been a New Yorker staff writer; a Kenyan-level marathoner; an unselfish mother. (I mean, if a mother at all, which was not so much on my “To Accomplish List” as it was on my “To Put Off Until the Last Possible Moment and My Husband Makes Me List.”)

I was supposed to be the mature adult I’d always avoided being, but by the time I actually turned 40 presumed I’d just naturally, you know, be.

But now here I am, a day away from the birthday every female dreads—despite Tom Junod’s recent backhanded ode to women even two whole years older—and I’m 0 for 3:

The New Yorker once paid me $1,200 for a short piece, but then it never ran. I haven’t run 26.2 miles since the year 2000. And as for the unselfish mother thing… weeeell, I just took a two-week solo trip to Bhutan, the other happiest place on earth, and left my two little kids at home.

Which brings me to my less, shall we say, lofty goals. You know, the stuff I just expected to havegotten around to by the dawn of my fourth decade. Like, learn to ride a bike. (Yup, pathetic, I know. 0 for 4.)

I was supposed to have stopped buying airplane movies like Awkward Moment and watching The Bachelor and, according to my friend Katie, waltzing around in bikinis. I was supposed to have remembered my nieces’ birthdays and been a prompt thank you note writer and started making my own tomato sauce instead of spending nine bucks on a jar of Rao’s. (But their Arriabata is just so damn good.)

I was supposed to have cured my allergies and done Invisalign and finally booked a dermatologist appointment to make sure I don’t have melanoma, because—after early years spent lathering on the Baby Oil and later years pretending my Neutrogena SPF 15 face lotion counts as sunblock—I bet I do.

I was supposed to have mastered a softer laugh and slower speech and conversational Spanish and an ability to intelligently discuss Middle East politics.

I was supposed to have worn shoes other than flip-flops or clogs, and have a closet full of appropriate clothes for every occasion, not a closet with a slight mold issue that recently turned my sole pair of leather boots fuzzy with green stuff.

I know: most 70-year-olds would give up their weekly canasta game to be 40 again.

I know: I’ve lost people I’ve loved before they even made it to 30. I know being Forever 29 isn’t, really, any fun.

I understand the alternative: You either turn 40 or… you don’t.

Still, I don’t know. By now, my Billy Joel obsession not withstanding, wasn’t I supposed to have felt even a little more like… an actual 40-Year-Old?

It wasn’t until I opened Josh’s email that I actually kind of did.

“July 18th, 8:30 a.m.” wrote my sweet, thoughtful, balding husband of seven years. “I made myself a dermatologist appointment—and made you one, too.”