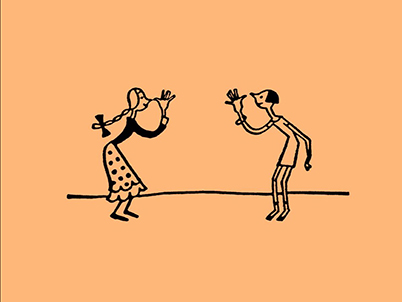 The Talk of the Town: Mom Friends

Two mothers from Montclair, New Jersey, piled into a black Volvo on a recent rainy evening and drove forty-five minutes to a lonely street in Gowanus. “It’s a good night for being inside making friends, right?” Hillary Frank (mother of Sasha, four and a half) said to her friend, Natalie Chitwood (Freddy, five; Wynn, two), as they unloaded goody bags containing sweet-potato-and-pumpkin baby food.

Frank, the host of the WNYC parenting podcast “The Longest Shortest Time,”was worried that the weather might keep women from leaving their plastic-toy-strewn homes for the Bell House, a club where she was holding her first live event,“Speed Dating for Mom Friends.” The twenty-five-dollar admission included a cocktail, snacks, and plenty of promising new adult playdates. Sixty moms had signed up.“We have someone driving in from Pittsburgh!” Frank said, picking raisins out of her purse.

Billed as a “3 A.M. bedside companion for parents,” Frank’s biweekly podcast covers such themes as “What Does Your Breast Pump Say to
You?” and “A Parents’ Guide to Eating Over the Sink.” “Over and over, I hear, ‘It’s hard to make mom friends,’ ”she said.“It’s such a vulnerable time. You’re suddenly in charge of this person, and youdon’t want to screw it up. You need support.” She and Chitwood met four years ago, at mommy-and-me yoga. “It was love at first sight,” Frank said. Tonight, she was hoping to help her fellow-moms find the same thing.

At seven o’clock, the doors opened. Aretha Franklin’s “Baby I Love You” blasted, and new mothers from such places as East Harlem and Williamsburg wandered in and scribbled nametags.“I’d like to meet someone from the senior set,” Allison B. (Oliver, thirteen months), a
personal stylist, said.“I’m forty-three, and there aren’t a lot of us.”

Standing solo by the bar was Jennifer M. (Henry, six months), a stayat-home mom from Prospect-Lefferts Gardens. “If I see someone
breast-feeding at the park,I think, Oh, good, she’s not a nanny,”she said.“Sometimes I meet someone who seems O.K., but then she starts badmouthing vaccines and I’m, like, Red flag!”

“How many times a day do you want to throw your kid out the window?” Kathryn M. (Julian, three years) asked a young woman who
was sipping water. The woman looked petrified.“I’m only ten weeks pregnant,”she replied. She looked around.“Am I the only one?”

Soon, everyone had settled around card tables. Beth Pappas, a professional speed-dating host, who had on black stilettos and a spaghetti-strap top, took the stage. “Ladies, listen carefully,”she said. “Interior row stays seated, exterior row rotates.” She banged a butter knife against a gong.“Go!”

The room erupted with the sound of women talking.

“I have four children, and I don’t work,” Chana M., an Orthodox Jew with red lipstick, told her tablemate. “Wow, you must be busy,” Allison B., the personal stylist, politely responded. Chana M.ontinued, “Most women in my community have three to six kids and work.I feel like an underachiever.” Probably not a match.

Susan F. (unnamed kids, ten and thirteen) slid in across from Lee I. (Mavis, three), who was wearing a floppy red hat. Susan F. confessed
that she is the founder of Park Slope Parents, and that if moms needed to speed-date maybe she wasn’t doing her job.“So what’s your story?” she asked. Lee I., an environmental planner with the mayor’s office, brought up her daughter’s love of singing. “No,I don’t want to know about that,” Susan F. interrupted.“I want to know about you. You’re so much more than your daughter.”

Afterward, the mothers were invited to “grab your new best friend for a picture in the couples photo booth!” Two women who’d bonded over the Cry It Out philosophy jumped in front of the sequinned photo backdrop. Others hit the bar for another round of Long Island Iced Teas. Kristine A. (Eva, two months) was tired. “It was nice to meet you,”she said to her tablemate. “I’ve got to go home and feed my baby.” ♦