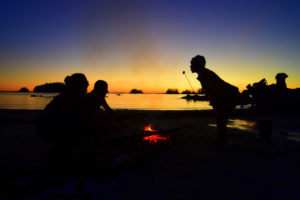 Her work has been published in the New Yorker, the New York Times, T, Outside, Lucky Peach,Slate,Pacific Standard, Food & Wine, AFAR, Modern Farmer, the Wall Street Journal, and more. She has been a senior travel editor at Sunset magazine, a contributing writer at San Francisco magazine, a founding contributing editor at OZY — and the San Francisco restaurant critic for Eater.

She recently launched a new, semi-regular column on restaurant regulars, for the San Francisco Chronicle—which looks at the role restaurants play in the lives of the people they feed.

She is the 2018 recipient of the Karola Saekel Craib Excellence in Food Journalism Fellowship from the San Francisco Chapter of Les Dames D’Escoffier, as well as a member of the editorial committee for La Cocina’s live storytelling series, Voices from the Kitchen. She has contributed to Pop-Up Magazine, Marketplace, and KQED’s Forum, and her essays have been anthologized multiple times in Best Food Writing.

Apart from a stint as an island reporter for the Martha’s Vineyard Times, Rachel has lived in Northern California since fleeing central New York’s snow-belt, where she graduated with honors from Colgate University with a degree in Philosophy. (Which prepared her for both everything and nothing.)

Her first book — LOOK BIG: And Other Tips for Surviving Animal Encounters of All Kinds — was published by Ten Speed in Spring 2018. The Wall Street Journal called it “a nifty idea carried out with humor and a deft touch.”

Her next book, EAT SOMETHING, a pop culture look at Jews and food, with Wise Sons Deli, will be published in Spring 2020 by Chronicle Books. She is a member of the San Francisco Writers’ Grotto, and lives with her family at the top of an absurdly steep hill.