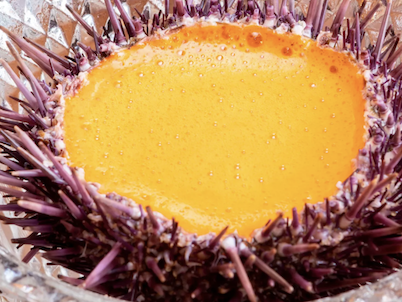 With a Shortage of Reviews, SF Restaurants Grow Restless

After filing a review every week for three decades, Michael Bauer’s last starred supper ran in the Chronicle on September 14. (As any avid follower of the critic could have guessed, it was of Michael Mina’s Michael Mina.) Meanwhile, my year as Eater’s experimental San Francisco critic expired two weeks later — Eater SF has discontinued its reviews.

Before that, Josh Sens, longtime critic for San Franciscomagazine, was told his monthly reviews would be reduced to six a year. (Although now, with the breaking news that his editor Luke Tsai was laid off last week, that number may have unofficially dropped to zero.) It’s tough to tell from Modern Luxury’s decidedly un-modern website, but it looks like Sens’s last real review was Angler, in November. Actually, no — there was another Mina review: this month’sTrailblazer Tavern, the splashy 7,000-square-foot Hawaiian island in a Salesforce building.

In January, Tejal Rao, the New York Times’s new LA-based, California-wide critic, published her first review, also of Angler, which, as many remarked, was more profile than experiential opinion. SF Weekly’s Pete Kane — who continues to write frequent, and occasionally critical, but un-starred reviews — offered his ebullient angle on Angler as well. And even Bauer resurfaced with a summary of his meal of the a la carte Saison spin-off for a new regional magazine called Alta.

I, too, revere Angler’s now-signature radicchio salad, with blood-red leaves worthy of a Georgia O’Keeffe painting. But if anyone is keeping tabs, in a city awash in new restaurants amid a dearth of critics, that makes two reviews for Mina and four for Joshua Skenes. Well, five, if you include Angler’s No. 1 spot on Esquire’s Best New Restaurants list.

Basically, our restaurant-obsessed city has been in a review drought. A plated purgatory. No wonder Eater SF hasn’t run its always-entertaining “Week in Reviews” roundup since August.

As a now former critic myself, I’ve been wondering: How do the owners of the dozens of restaurants — like Isla Vida,Bardo Lounge, Merchant Roots, Prairie, Obispo, and many others — that have opened during this time feel about that? Freed from the anxiety of having a critic stroll in unrecognized, cast an almighty opinion, and divvy out stars? Kind of like their parents went away for a very long weekend — and are about to come back and ground everyone?

“It feels really awkward,” says Anthony Strong, chef-owner of Prairie, which opened in the Mission in mid-October.

“[Chef] Daniel Patterson was in for dinner and he was like, ‘Dude, you’re so lucky — you don’t even have to worry about being reviewed!’ I said, ‘Am I?’ I think I’d rather be getting raked over the coals for some exposure.”

He admits that he has missed the critics, despite all the stress and angst they bring. Bauer did dine at Prairie, though, he says. Like clockwork, he came four weeks in, with his partner, Michael Murphy. “I messed up his drink order!” laughs Strong. “At first I freaked out, but then I was like, ‘Who cares?’”

“It would’ve been nice to have a formal review in our first months,” says Strong, even if he can’t stand the star system and the distractions and pressures that come with it. “As a new business, things were all over the place in terms of press, social media. It could have helped level things out.”

He adds: “I know everybody’s a critic. Instagrammers, Yelpers, but God knows we don’t want to just look to them. We might catch some glimmers of insight, but… I really appreciate an in-depth review that really tries to get to the core of things.”

Other coverage, like Eater’s heatmaps and guides or the Infatuation’s blurbs, have a huge impact, says Josh Harris, co-owner of Bon Voyage, the dumpling-and-Singapore Sling oasis that opened in October. “But there is more of a feeling of permanence with a review,” he says. Who knows whether or not his latest bar-restaurant hybrid would have been critiqued, like Trick Dog, had there been a critic to critique it, he says, but he admits that business has been booming without it.

Strong’s first restaurant opening as a young chef was Pizzeria Delfina, back in 2007. “It’s always just been part of the deal,” he says — for establishments run by popular, pedigreed chefs like himself, especially. “You open a restaurant, you get reviewed.”

That may no longer be the trajectory.

Ho won’t be anonymous, and whether she assigns stars remains to be seen, but she has been eating out twice a day, every day, and BART-ing all around the Bay. Unlike her predecessor, she won’t be lured by white linen and low decibels and beet-and-goat-cheese salads. She might not be immediately drawn to no-longer-new, midrange pasta places run by white men in the Mission, either.

Still, with even more high-profile openings on the way, and unsung places worthy of the spotlight, it’s inevitable that some of the restaurants that opened their doors during the critical dead zone will likely get overlooked. Whether positive or negative, a review offers something every new restaurant wants: relevance.

An example: Yo También Cantina, a tiny, seventh-month-old Venezuelan cantina in the Inner Sunset. Run by Isabella Bertorelli and Kenzie Benesh, it’s a simple, heartening daytime cafe with cactuses and ceramics and a crusty egg sandwich called the Jammy Sammy that, with a splash of spicy salsa picante, I’ve come to crave. It’s the kind of little, lovingly run spot that deserves more attention than it’s received. Had it been properly reviewed by someone, anyone, would I still have had it all to myself on a Friday morning? Did Bertorelli and Beneshthey wish they had been reviewed?

“It sure would have been nice,” says Benesh. More buzz and all. At the same time, she and her partner have appreciated the lack of attention; it’s experienced a slow build rather than big splash. They’ve been able to dial in their menu, they say. Get their systems running smoothly.

It’s the kind of quiet period high-profile chefs like Michael Tusk, of three Michelin-starred Quince, and Cotogna, rarely get to enjoy. Lucky for him and his wife, Lindsay, Verjus has arrived around the same time as Ho — should she choose to review it. Meanwhile, Mourad Lahlou, of the forthcoming Amara, noticed the absence of criticism these past few months and says “it was strange to not receive the weekly dose — eventually I stopped looking for it.”

The chef-owner of Aziza, beloved for almost 20 years out in the avenues, says reviews were critical to its success, especially Bauer’s three stars — and especially as it opened pre-Instagram, in 2001. “During that time, people had to be reassured that it was that good, worth a trip before dusting off their passports to venture out to the Outer Richmond district,” says Lahlou.

His next restaurant, Amara, is slated to open this summer, and Lahlou says he “most definitely” looks forward to being reviewed. “Having a legitimate journalist come in and experience the restaurant without any ties or regard to its financial survival is quite powerful,” he says. “[It] can truly contribute to the business’s success, or demise, for that matter.”

Meanwhile, over in Oakland, Brandi and Janice Dulce had been too busy opening FOB Kitchen, their first Filipino brick-and-mortar (and tending to their 2-year-old twin girls), to notice that in their first few months there was no Bauer, et al, with forks poised, at the ready to lay down judgment. “We honestly hadn’t even thought about it,” they said over the phone. “We’ve just been trusting in ourselves, doing what we’re doing, knowing it feels right.”

Five minutes after we hang up, though, they call me back, laughing. “We have a confession: As soon as we did hear about Soleil, that the Chronicle had a new critic, we hung her picture on our fridge. We think she came in. And we’re hella nervous.”