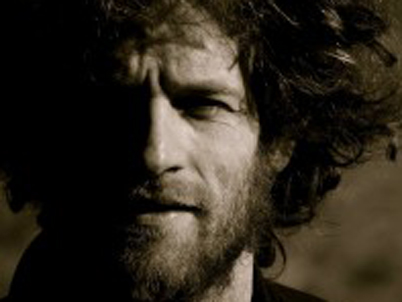 The Rumpus interview with Chad Stokes of Dispatch

Odds are, Barry Manilow and Anita Baker have never heard of Chad Stokes — or his band Dispatch, the reggae-funk-rock trio with whom they share the fall calendar at Radio City Music Hall. But any liberal arts college grad under the ever-rising age of, say, 32 knows every word of the band’s lyrics by heart—as evidenced by the hearty, head-nodding (occasionally pogo-stick-like-jumping) sing-a-longs at every sporadic (and, always, sold-out) Dispatch show since its one-hundred percent indie rise.

In August, Dispatch released its first album in 12 years, “Circles Around the Sun,” on its own Bomber Records label. Back from Europe, the band kicked off its cross-country tour in Vancouver, B.C. last week– they play Radio City this Friday (Oct. 5). Tickets sold-out, months ago, in just a couple of hours.

That’s nothing. The last time Dispatch played in Manhattan, in 2007, they sold out three nights at Madison Square Garden in 23 minutes. And donated all profits from ticket sales— more than $1 million  — to Zimbabwe. Who the F does that?

Chad Stokes Urmston. A slightly scrappier Bono who founded the nonprofit Calling All Crows, which inspires music fans to social activism, and has so far raised a quarter of a million dollars for empowering women in Sudan and Afghanistan. He launched his first solo album Simmerkane II last year (on which Carly Simon collaborated). He’s also the front man of State Radio, the ska-punk-rock band he started in 2005 after Dispatch disbanded– following its free, “final” show at Boston’s Hatch Shell, which ended up drawing 120,000 fans from as far away as Australia, closing down Storrow Drive, and making history as the largest independent music concert ever.

Chadwick, Braddigan, and Repete (self-anointed nicknames, all) met at Middlebury Collge in the mid-90s; their upbeat music spread from dorm room to dorm room across the country during Napster’s heyday. They repeatedly turned down offers from the major labels (“You guys could be the next Dave Matthews!” the bigwigs dangled). Instead, Dispatch remained independent all the way. Eventually, infighting and political differences broke up the band — just as it was reaching its peak.

These guys gave up the dream of every fledgling college band. And yet, still, more than a decade later–they are arguably bigger than they would’ve been had they stayed together.

What do you think, Chad? Is Dispatch bigger now than it would’ve been if you hadn’t broken up?

I think so… We broke up and somehow became bigger. There’s something about the chase, right? It was a crazy phenomenon, really. So much of it was timing. It was the late ‘90s. It was Napster. The music industry was changing so quickly, and we were part of all that. I feel like we kinda slipped in the backdoor on the old guard, on the old labels.

Why did you guys break up anyway? After 120,000 people showed up for the “Last Dispatch” at the Hatch Shell in Boston, were you guys, like, Umm, maybe we should stick this out?

We were all in our early 20s… At that age, we were all vying for control in the band… Who’s the lead singer? Who’s getting the most attention… Dispatch was all we had; it defined us so much. It defined me too much. I needed to get away.

I think there’s a lot more appreciation and maturity and acceptance of everyone’s flaws. Now that we’re, wow, 13 years older, we realize how lucky we are. To be recording again. To have a career in music. To still be a viable band.  I think the fact that we all have other creative outlets helps too. I have State Radio. And my solo thing. So it doesn’t have to be all about Dispatch.

What about your political differences? You like to use music, and performances, as a platform. Is it tough to have to bite your tongue, especially in this election year?

Well, yeah. We definitely all have different views. I like to express this and that on stage, but it’s too polarizing for Brad. And it gets too much away from the music for Pete. That’s why on this tour we chose to focus on education. We’re donating one dollar of every ticket– and album — sold to Amplifying Education. It’s something we all really wanted to rally behind.

So, okay: Did NASA really offer you $2 million to take the song “Circles Around the Sun” off your new album?

Weeelll… we’ve sort of been perpetuating the Untold Story of Larry Perry. How back in the ‘50s and ‘60s, the government came and took this six-year-old kid with severe cerebral palsy, who couldn’t speak, away from his parents and sent him into outer space. How NASA tried chimps but wanted to get a better read on humans and so chose Larry because he was “expendable.” At that time, people with disabilities weren’t seen as real people. And how the funny thing is, Larry had the time of his life. But, no it’s not true…It’s just what we’ve been telling the media when they ask us what the song “Circles Around the Sun” is about.

Honestly, I was getting bored telling the real story behind the song. Which is that my friend Larry Perry had cerebral palsy and was a real adrenaline junkie, so I’d take him on all these crazy amusement park rides… When he died, I had this one idea for a song, but when I started writing the lyrics, it just took this whole celestial sci-fi twist… Then Brad and I came up with NASA’s whole Shut Up Dispatch campaign. The other day, Pete said, “You guys are telling the Larry story as if it’s true.”  And we were, like,“It is true …” But, ultimately, it’s just a story. Like all those memoirs everyone is publishing these days.

I heard you guys played an impromptu free show in NYC’s Washington Square Park the other day? Rock stars should really do more of that.

I was skeptical. It was the day our new album was coming out (Aug. 22) and we weren’t doing anything special so Brad drummed up [no pun intended, Brad is the drummer] this idea to dress up as Statue of Liberties and go stand around Washington Square Park. So we went to one of those year-round Halloween stores on 11th Street and got these silver masks. The kind that looks like you can’t see out, but we could. We sent a note out on Twitter, got to the park, put on our costumes, and hopped up on a bench. The plan was to stand completely still for a while, you know, like statues— and then eventually just start singing. At first no one noticed us. Then a few folks gathered around. And, suddenly there were, like, 1,000 people swarming around us. We took off our masks and started playing. It was really fun.

We hadn’t anticipated it, but getting out of there was hard. We pushed through the crowd and started running away. By Waverly, I was still running. Then I realized: Wait, I can stop running now. We’re not the Beatles.