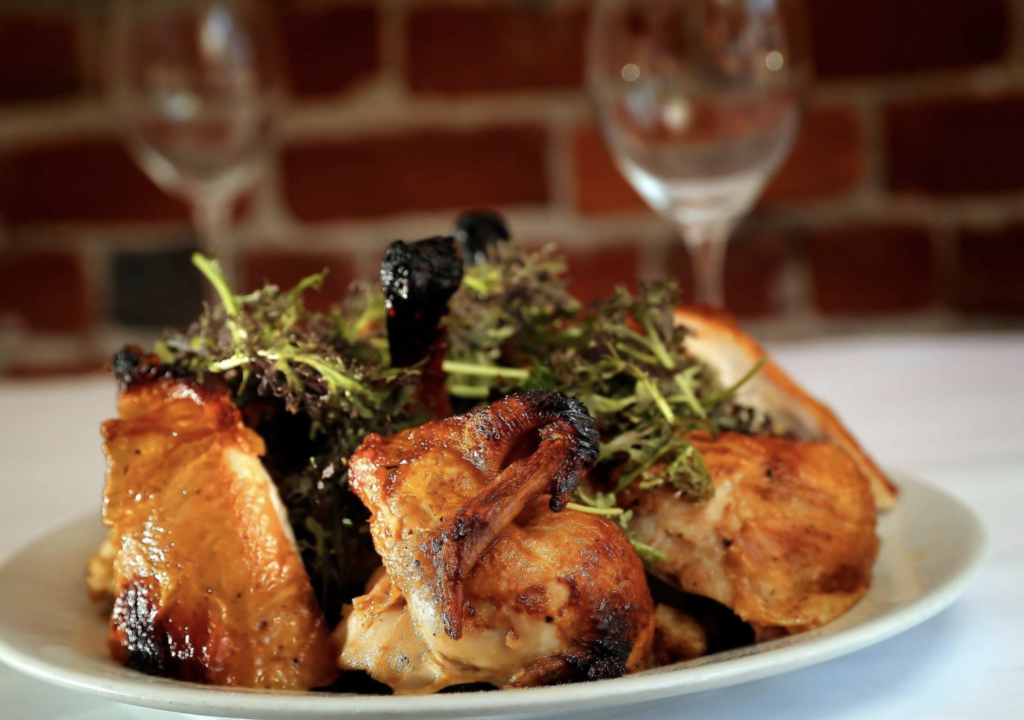 On Regulars, in Prime Covid Times

I haven’t had a latte since March 12th. I’m not complaining, merely stating a fact of my coronavirus life. Pre-pandemic, I purchased one every day. Most mornings, it was at Cole Valley’s Wooden Coffeehouse. I’d sit in a window seat, earning my keep in cold LaCroixs, talking with the owner, Steve Wickwire, about his squawking parakeet in the corner or complimenting Ivett Martinez on her latest T-shirt, as she handed me a ceramic cup brimming with a leaf-shaped swirl, before I could even order.

A latte in San Francisco costs $6 or so, including tip, and you have to tip. For fun one day, my fifth-grader calculated that I had been spending $2,184 a year — on coffee. Appalling, yes, but that’s also $2,184 cafes are collectively losing from me alone. I’ve been making coffee at home. I’ve also been cooking at home. Morning, noon and night, seven days a week for my family of four.

Much of my San Francisco life — like much of San Francisco life itself — had revolved around restaurants, until they were whisked away faster than an empty cocktail glass at Che Fico. I wasn’t so much a regular at any particular restaurant as I was a regular of restaurants. Still, I had my go-tos, and from writing a column for this newspaper about regulars, I know — for many people, myself included — a restaurant is more than just a source of food.

What Izhar Buendia, 30, appreciated most about Hayes Valley’s Rich Table wasn’t only the sardine chips but dropping by with his girlfriend after work, scoring two seats at the bar and sipping whatever whiskey-based cocktail was available that week.

Since Nopa opened on Divisadero in 2006, George McCalman, my collaborator on the regulars column, and I have laughed and cried and closed it down like it’s our living room. “Hovering for a seat at the bar is an Olympic sport! I’ve met a couple of boyfriends sitting at the bar,” says McCalman. “I’ve been spoiled for the experience. How can takeout compare?”

In those first weeks, bombarded by GoFundMe and Insta-pleas, choosing who to financially support felt overwhelming, like facing a desert filled with friends who were dehydrated and now lost without a compass. Almost six months later — with businesses desperately propping up parklets and slinging pizza kits — it still does. As restaurant regulars, who do we save first? Can we even save anyone?

A lot of diners are trying to — making donations and picking up “picnic packs” and pimping their posts. Recently, instead of making my 163rd lunch in a row, I decided to pick up sandwiches. Standing inside the small space waiting for my order, I almost had a panic attack. There were too many customers too close for comfort. Two of them chortling 2 inches from me, noses exposed over their masks. It’s not a busy counter staff’s responsibility to police its customers. Then again, a small business — no matter how beloved — can’t expect unconditional support from its COVID-conscious customers if they don’t.

Still, most restaurants are following the rules, working their butts off and doing their best. In turn, some diners are doubling-down and ordering out with intention.

Amy Dumas, a retired wrestler and vegan, considers takeout as a way to help San Francisco. “I don’t want to see this city become a shell of what it was!” Currently, cravings aren’t what dictate dinner in her house. “It’s ‘Where do we want our dollars to go? Who are we going to support tonight?’” She skips the delivery apps, with fees that cut deep into a restaurant’s bottom line, and instead zips around on her Vespa, picking up pizza at Beretta; dumplings from Golden Era in the Tenderloin; mushroom skewers from her friends at the Kebabery across the Bay Bridge. “It gets me out of my bubble and makes me feel connected to the community,” she says. “Living in a city is about contributing to your surroundings. Smiling at your neighbor. Ordering curry.”

Even without their beloved dining spaces, regulars are rising to the occasion. Buendia gave to Rich Table’s employee fund and has ordered from its to-go menu. “It’s my small way of saying ‘I believe in this community,’” he says. He also believes in Oakland’s Tacos la San Marquena and 36-year-old Pho84, and orders from both weekly.

Saramanda Swigart, who teaches writing at City College, spent $300 on meat loaf and mac ‘n’ cheese at the Mission’s long-running Blue Plate one night because of a special that gave all profits to furloughed employees. “My sister and I drove around like DoorDash, dropping food off for friends, saying hi from a distance,” she says. They’ve done the same from fellow favorites like Shakewell and Shanghai Dumpling King, La Ciccia, China Live.

“In the absence of an economic system that takes care of people, it’s up to those of us who still have a salary to support,” she says. Swigart, who used to work at Alice’s Restaurant in Woodside, also gave to a bunch of GoFundMe accounts, including 50 bucks to Mister Jiu’s — even though she’s never been. “I could never get in!” she says, laughing. “Maybe, one day, they’ll be able to save me a table.”

Not all the kinship of being a regular has been lost to the coronavirus. For years, Kim Caldwell and her daughter would “get cute” and go to Flava’s Jamaican Grill once a week. “Leroy makes sure everyone feels welcome,” she says. In this moment, it feels especially imperative, she says, to support Black-owned restaurants. Since COVID, just picking up ackee and saltfish on a Saturday night feels like a celebration. “I’ll run into people and say, ‘Hey, I saw you last week’ and we’ll nod, like, ‘We’re not cooking!’ It feels like a night out — but in.”

To me, cooking is what feels most right, and yet, it also feels wrong. I feel both guilty for not supporting the industry I care so much about, and good for not contributing to the endangerment of the industry I care so much about. In an effort to “limit interactions,” as the Centers for Disease Control and Prevention advises, I can count on two hands how many times I’ve ordered takeout since the lockdown. As for eating out, outside or inside a plastic dome designed to separate the haves from the have-nots? Not once.

But if COVID and wildfires have taught us anything, it’s that nothing is permanent. Not our 1,000-year-old redwoods, not our 100-old restaurants, and certainly not us. I know my occasional takeout won’t save the day. Still, the other night I ordered one roast chicken for two (for four) and a Caesar salad from Zuni. My family and I sat around our kitchen table, again. Without the copper bar and expert bussers and Bob at the piano and the only worthwhile white tablecloths left in this world, it wasn’t the same. Not even close. But it was still Zuni. I felt a hint of hope. Maybe, together, it’s the regulars who will see this through.