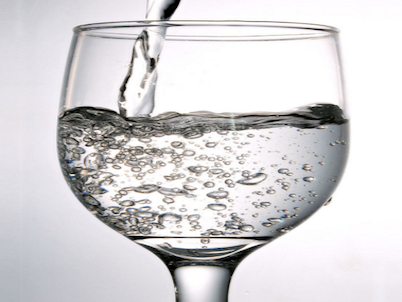 Happy Hour Without the Booze

On a recent rainy afternoon over veggie burgers at NeueHouse, the co-working space in the Flatiron district, three Vedic meditators were discussing drink options for a new kind of happy hour they were organizing.

“Tonight would be a good night for tea,” Katia Tallarico, 33, a lanky psychotherapist from Williamsburg, Brooklyn, said to Light Watkins, 42, an organizer from Los Angeles typically partial to a hot lemon-ginger elixir.

“It’s O.K., we have a really great water, from Australia,” said Andrea Praet, 34, a trend strategist from Greenpoint, who also runs an urban retreat series, with Ms. Tallarico, called the Uplift Project. Around 5 p.m., the three made their way over to set up a “bar” and buffet at General Assembly, a fourth-floor technology school and site of New York City’s inaugural Shine: an inspirational, alcohol-free evening.

Founded by Mr. Watkins, the bimonthly after-work party began in Venice Beach, Calif., where it quickly grew to 200 attendees from 12. On this night, for about the price of a glass of nebbiolo at the NoMad, 90 New Yorkers were submitting to an evening of meditation, “enlightertainment” (including live music and film) and vegan food. “Though meat is an option,” Mr. Watkins said. “We want to be normal.”

And “normal” in Manhattan typically involves booze. “Alcohol is such a part of the city’s culture,” said Ms. Tallarico, who drinks occasionally but said her social life doesn’t revolve around it. “There’s nothing wrong with drinking. But people are looking to evolve. They’re looking to wake up.”

Though malbec has arrived at the movies, and brunch cocktails now go way beyond Bloody Marys, some are seeking social gatherings where alcohol isn’t even a temptation.

A recent 50-person “juice crawl” through SoHo was so enthusiastically received that the organizer, Anna Garcia, said she would be hosting them weekly this year. The year-old Manhattan-based social group Clean Fun Network was so overwhelmed by the initial response, it had to temporarily shut down, said Jimmy Hamm, a founder.

And tickets to the Shine sold out within a week, with a lengthy wait list. “We didn’t even do anything,” said Ms. Tallarico, who donned a shimmery top for the occasion. “It is the Shine,” said Ms. Tallarico, putting on lip gloss. Ms. Praet, who pumped her shoulders to a silent beat as volunteers unloaded bottles of floral essence water, said, “Fun, fun, fun.” Ambience, though, was a bit of a concern. “The light is definitely too bright,” said Light.

That’s the thing about alcohol-free events — they tend to be “unsexy,” said Catherine Salway, owner of Redemption, a new “bar” in London’s Notting Hill that opened last August, serving beet-o-tinis, coco-ritas and the like.

“A lot can be done with décor and music,” Ms. Salway said. “It’s not alcohol creating that vibe, it’s the people.” She opened a second location this month in the trendy Shoreditch neighborhood. A former brand director for Virgin, Ms. Salway is also eying New York and (brace yourself) Las Vegas. “If we can convince Londoners to take a night off booze. …” she said, trailing off.

Back above Broadway, doors opened to a disproportionate number of tall, willowy women with flawless skin and a blasé, “I-just-have-more-fun-without-it” attitude toward alcohol. At the name-tag table, everyone was asked an icebreaker: “What actor would you cast to play you in a movie?” Elle Fanning. Kate Hudson. Several Natalie Portmans. A man in a blazer scanned his phone, stumped. “You know, in ‘Sex & the City 2’? When they’re in Dubai? That butler?” asked Siddhartha Banthiya, an investment banker.

People lined up for sunchoke salad and kale-pumpkin-seed pesto. “This is truly a breath of fresh air,” said Porl Gordon, a multimedia designer and regular drinker, guzzling a green juice. “Conversations are more solid and rooted than any alcohol-fueled chat.”

Nick DiMattina, 28, an Australian life coach, said that he had come looking for love, and that he prefers to date sans alcohol. “It’s the only way to see the real person,” he said. “I told my friends, this is where you’ll meet a cool girl.”

Likewise, Jennifer Ekeleme, 37, a freelance brand strategist, thought she had decent odds of meeting “a straight, down-to-earth, culturally aware man” — at least better than during her drinking days at an ad agency. “Booze was always flowing, people would just get hammered and start talking about how unhappy they are,” she said. “It was getting too hard to justify the toll alcohol was taking on my body, wallet and spirit.”

At the Shine, though, people were all smiles. “This is the only real happyhour happening in Manhattan right now,” said Mr. Watkins, kicking things off with a human massage chain. Next, Emily Fletcher, a meditation guide, took the mike and commanded people to close their eyes and plug their right nostril with their thumb, exhale with the left, then alternate.

Meditation Bar in Austin, Tex., offers “Happy Hour” classes, and MNDFL, which opened in November on East Eighth Street, has quickly morphed into more than a place to just sit in silence. “We dedicated half the space to feel like a living room, with couches and free tea,” said Lodro Rinzler, MNDFL’s co-owner and author of “The Buddha Walks Into a Bar. …” “We have real mugs,” said his partner, Ellie Burrows. They also host MNDFL Taste, a partly silent organic catered dinner, paired with water.

“Today, we had training that ended with a happy hour, but I didn’t go,” said Stephanie DiSturco, 26, a digital media planner who chose to go to MNDFL instead. At the Shine, as people sipped water, some vowed to start meditating more, others exchanged business cards. A 40-something woman who works in finance, was glad to have a new kind of night out.

“Rarely, do I ever come home from a bar and say, ‘That was really amazing,’” she said.